Smart Grid for a Smart City

Guwahati has chosen as one of the smart cities under Government of India’s “Smart City Project”.

In a smart city, energy, water, transportation, public health and safety, and other key services are managed in concert to support smooth operation of critical infrastructure while providing for a clean, economic and safe environment in which to live, work and play.

The energy infrastructure is arguably the single most important feature in any city. If unavailable for a significant enough period of time, all other functions will eventually cease.

Smart cities depend on a smart grid to ensure resilient delivery of energy to supply their many functions, present opportunities for conservation, improve efficiencies and, most importantly, enable coordination between urban officialdom, infrastructure operators, those responsible for public safety and the public.

What is a Smart Grid?

Ministry of Power has allocated 14 Smart Grid pilot projects that will be implemented by state-owned distribution utilities in India. Out of these 14 Pilot areas, Assam Power Distribution Company Ltd. (APDCL) is one of them covering approximately 15,000 nos of consumers.

Smart Grid pilot project will be implemented in Guwahati City which will cover the following:

Following benefits have been identified to be realized from the Smart Grid Pilot:

The Proposed Smart Grid Pilot is a Technology Trial with scope of addressing a limited set of Business Objectives. While the Success or Failure of the Pilot will primarily be determined by the business benefits realized out of the Pilot, APDCL feels that a successful deployment of the technology in Indian environment, even with limited business success, will be a major achievement. 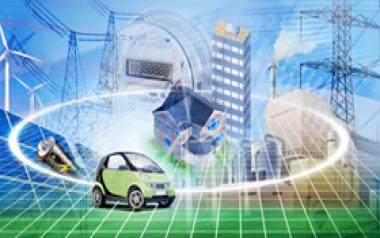